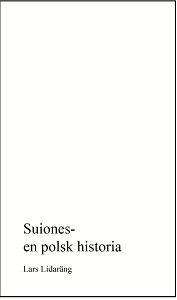 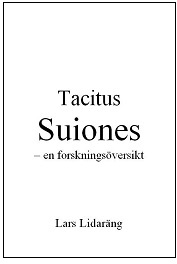 For Table of Contents. See Libris (Opens new window)
The article concerns several of the arguments that oppose placing Tacitus tribe Suiones in Sweden, or specifically to Uppland.
Such a location is contradicted by more than 21 arguments, in for example sudden long distances in Tacitus enumeration, the absence of other Nordic people and names, the described ice and midnight sun is found southwards, the concept of an island is not applicable, and the traces of trade relations does not support the conclusion. Furthermore, Tacitus describes that the Suiones is a Swabian people, and for this no evidence points towards Scandinavia. The solution from some scholars, to relocate certain passages in Tacitus text, is not relevant, e.g. for stylistic rea-sons. The usual interpretation of Tacitus choice of routes in the North becomes an exceptionally strange way, according to the current consensus.
All of these issues are solved if the tribe Suiones instead is considered to the southern Baltic East, where nature, Tacitus' route and enumeration of locations are exactly the same for today's Polish city Swinoujscie.
The first indication for a connection to Sweden is born in the 16th century by fortuity, based on the similarity of the name Sve(rige) and Svi (ones). Also, the historian Mela's supposed island Codanovia is interpreted as Scandinavia, and treated as the Suiones implied island. About 20 European interpreters have then during the first century rhapsodically stated various things about the Suiones, until Clüver in the 17th century introduces a more extensive text. But this period basically lack a critical discussion of the Suiones geography based on Tacitus text. The 19th century German critical approach forwards Clüvers theses and extends the analysis via Nordic historians who added analyzes from the Icelandic sagas. At the turn of the century, Swedish research strengthens the Suiones as being exclusively located to the region of Uppland.
Conclusion
The referenced and available literature lacks essays or major independent overall reviews of the Suiones, and in particular a broad geographical analysis. Mainly, all of the researchers do not discuss the Suiones specifically, but they reproduce the references that exists and has not examined conclusions that has been regarded as objective truth over the years.
Beställ här